The iconic Hai Van Pass is a 19 kilometer stretch which connects Da Nang to Lan Co bay is a rite of passage when backpacking through Vietnam and shouldn’t be missed. The trip is most frequently done with an organized tour (by bike, bus or private car) which goes from Hoi An to Hue for a total distance of about 135 kilometers.

It was without a doubt one of our favorite days on our trip so far and it went as smoothly as we could have hoped, taking off from Hoi An around 9 am and arriving in Hue not long after 4 pm. We did without the organized tour and although the journey can seem intimidating at first, doing it yourself is very much worth it in our opinion. Here are a few tips that will hopefully help you if you decide to do the same!

Logistics of the Hai Van Pass

In our two days in the ancient capital of Vietnam, we didn’t get the chance to see many of the sites but the city left us with some great stories to tell.

1.   Typhoon Doksuri: We arrived after completing the Hai Van Pass thinking of staying only one night as a stopover on our way to Phong Nha, where we planned on spending a few days to check out Ke Bang national parc. Before getting a great nights sleep at the Hong Thien Ruby Hotel in Hue, we booked two nights at the iconic Easy Tiger hostel in Phong Nha for the next two days.

The next morning, a few hours before getting on the bus, Easy Tiger sent out an email warning us of the arrival of Typhoon Doksuri, which would be hitting central Vietnam during our stay and was projected to be the worst storm to hit Vietnam in the last ten years. Phong Nha was sitting directly in the path of the storm and they suggested we cancel our bus and our stay. Ironically, right after receiving that email, the rain arrived as if on cue and it absolutely poured down non-stop for the next two days. Thankfully, we were able to get around some of the bad weather by booking a last minute flight for Hanoi that afternoon for the next morning.

Although we were disappointed in missing out on Phong Nha, we can’t say enough about the Ruby Hotel in Hue and how they helped us turn our plans around. They also gave us an upgrade on our room and their free breakfast is excellent!

2.   Lost and Found: After booking our flight for Hanoi, we did a bit of research on some good cheap eats in Hue and stumbled upon Café Phuong Nam. After taking a taxi we ran across the street to escape the pouring rain and upon arriving found that I had misplaced my phone. Thinking I left it at the hotel, we enjoyed a fantastic diner of fried spring rolls (the best we’ve had in Vietnam), some noodles and crispy pancakes. Upon returning to our room, my phone was nowhere to be found so we ran down to reception to get help. After a few hours and phone calls to the taxi company with no luck, I gave up hope and started researching where I could get a new phone.

The next morning, coming back from The One Coffee and Bakery (also highly recommended) to go catch our cab to the airport, we walked past Café Phuong where the owner (that had served us dinner and was aware of the lost phone situation) started shouting ”iPhone, iPhone!” at us. After much gesticulating, we understood that he had found my phone in the gutter but where it was now, we had no idea. He then went into the back of the café, grabbed two bike helmets and told me to get on his scooter. I hesitated, partially because he was a complete stranger and above all because our flight left in three hours, but finally decided to get on.

He then proceeded to drive me halfway across Hue to a small repair shop where my iPhone was in about twenty pieces. I tried my best to show I was in a hurry and the employee there put it back together in a flash without even asking for payment as the phone was clearly badly damaged. I hopped back onto the scooter and was zoomed back to my hotel in about three and a half minutes, just in time for me to catch my cab. I had to almost force him to take the small amount of money I had on me while I shook his hand. His smile was priceless as I must have looked like the most relieved person on the planet. Later that day, I found out I still had Apple Care on the phone and that he had saved me about 400 USD.

Due to all the rescheduling, the phone episode and the constant rain, we didn’t see nearly as much of Hue as we would have wanted. We did however find out that this small city has an abundance of great food and coffee shops, our favorites being Fou Tea and Cakes (not yet on google maps but you can find it across the street from The One Coffee and Bakery and Hanh Restaurant.

We also didn’t take many photographs (largely due to Sam having thought he lost his phone) but we did go outside to have some fun in the rain !

This site uses Akismet to reduce spam. Learn how your comment data is processed.

First off, if you’re reading this thank you for your support and for checking out our blog!

We’re Sam and Yass, two twenty-somethings from Montreal Canada. A few years ago we decided to quit our corporate jobs to go and live from our passion for exploring new places, creating beautiful visuals, discovering new cultures, eating delicious street food and above all, having the freedom to roam.

After travelling around for 2+ years, we are back in Montreal and settling here for a while. Mapping Along is the place where we share everything related to our travels, photography and lifestyle. Free travel guides, our tips & tricks for staying on a budget, where to find the best food, coffee, accommodation and more! 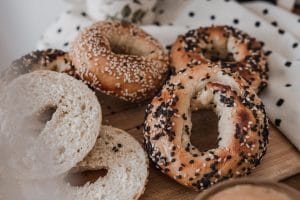 Montreal Bagels: a recipe to keep you busy during isolation 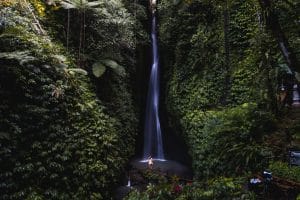 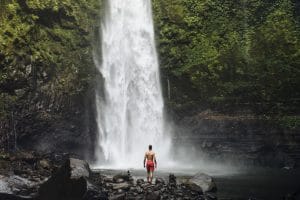 9 Lightroom Mobile Presets for travel & everyday life. Sign up to our newsletter now to get a 25% discount code in your inbox!